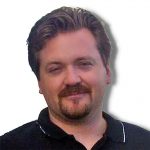 Steven Byle was born and raised in Hudsonville and graduated with honors from Hudsonville High School in 1986. He pursued a career in engineering, law and then started his own company in the energy industry. This career has brought him to live in eleven US cities and five foreign countries, where he learned to speak fluent Spanish and Chinese. He resides between Houston, Texas and Park City, Utah. 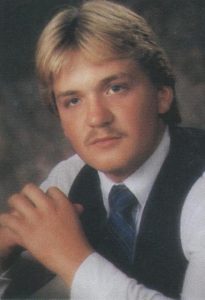 He attended law school at the University of Texas in Austin in the Fall of 1995 and received the American Jurisprudence Award in three classes and graduated magna cum laude. Mr. Byle deferred working at a law firm to start a brick and mortar tech company with the offshore oil industry in 1998. That company, Offshore Kinematics, was very successful in its method of installation and the building of various parts of offshore oil platforms and it received its first contract with a major oil company in 2003. In 2007, that success led to a merger and public offering on the NYSE Euronext with Dockwise Ltd (now Boskalis) in the Netherlands. Mr. Byle became CTO and by implementing technology strategies the company became financially successful,  increasing revenue from $160M to $530M in three years. He left Offshore Kinematics in 2011 and started his own small company, Valkor.

For the past eight years, Mr. Byle has been diversifying Valkor and starting various subsidiary ventures. He has recently secured the high-profile project of refurbishing the oldest floating warship, the Battleship Texas with the State of Texas and the Battleship Texas Foundation. In 2015, Valkor added an onshore construction and installation arm for oil and gas plants that has grown into another large business Crosstrails Engineering. Valkor started its own production of oil and gas with projects in the United States, Trinidad, Turkey, Nigeria, Rwanda and Ukraine reaching production of 3000 barrels per day of oil and 15,000,000 cubic feet of gas by the end of 2019. Finally, to support these businesses Valkor has an Internet of Things company for controlling and tracking oil and gas production and a technology development company for implementing the latest technology in the energy business.

Mr. Byle has received other awards such as the 2011 Alumni Achievement Award in Engineering from the University of Michigan, the 2018 Michigan Rosenblatt Award and he was honored to be Keynote Speaker at the Center for Entrepreneurship 2014.