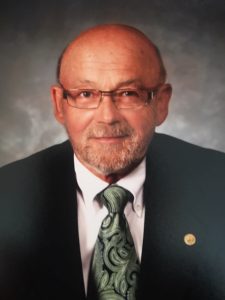 Marshall Elzinga graduated from HHS in 1956. He was born and raised on a small farm near Hudsonville and attended the two-room Corwin Elementary School. While attending HHS, he served as Junior Class President, he was President of the Student Council, played trombone in the band, and was catcher on the baseball team. He attended Hope Collee and graduated in 1960 with majors in Chemistry and Biology.

Marshall then moved to Champaign-Urbana and in 1964, earned a PhD in Physiology and Biophysics from the University of Illinois.  After three years of post-doctoral research and training at the Brookhaven National Laboratory on Long Island, he established a research program at Harvard Medical School/Boston Biomedical Institute. During the next 33 years there and with the Institute for Basic Research in New York City, he led research groups that focused on the molecular structures of two major protein molecules, actin and myosin. These proteins are responsible for biological movement such as contraction of the heart and other muscles as well as for transport of organelles within the cytoplasm of all living cells. 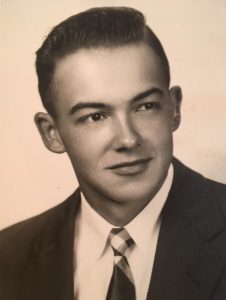 Because scientific research is an international collaborative enterprise, Dr. Elzinga’s work combined with that of scientists around the world and his work has led to a clearer understanding of exactly how muscles generate force. In support of his research, the American Heart Association recognized Dr. Elzinga as an Established Investigator and he received numerous grant awards from the National Institutes of Health and the National Science Foundation.  The results of his research have been published in over 100 scientific journals and have been presented in lectures and seminars at major universities across the US, Europe, and Japan. Dr. Elzinga also did some graduate teaching holding concurrent appointments as Professor of Biochemistry at SUNY Stony Brook, Downstate Medical Center and the City University of New York.

After retirement, Marshall (with his wife Jacquie of 58 years, whom he met while they both played in the Hope College orchestra) returned to the Hudsonville area. He has served as treasurer of the Friends of the Gary Byker Memorial Library, maintains the family farm which has been in the family for 124 years, played (with Jacquie) in the Holland Symphony Orchestra, and sings in their church choir. Marshall has also been very active in HASP (the Hope Academy of Senior Professionals). There he has presented many lectures on biology and chemistry, served as President of HASP and chaired its Curriculum Committee. In 2014 he received their Distinguished Service Award.