Marvin J. Overway attended the Colorado School of Mines to study physics before being deployed to the European theatre in World War II. During that time, he served as a tank commander in Italy. Serving in a classified unit consisting of physicists, their work centred around counterintelligence. Overway and his battalion were charged with distracting the Germans with false signals so the Allied troops could move behind enemy lines. Science and physics served this group well as their success assisted in bringing an end to the war in Europe. 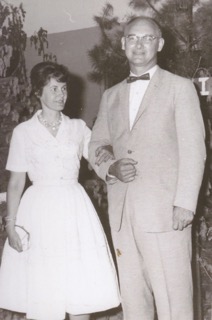 Mr. Overway met and married his wife in Italy and returned home to Holland, MI, where he attended Hope College on the GI Bill, majoring in both physics and chemistry. He taught science in Covert and Zeeland schools before landing in Hudsonville Public Schools as a secondary principal. In accepting the administrative position, he requested to teach science for an hour a day so that he could continue to instil the love of science in the hearts of our students. Following his passion and modelling, a number of Hudsonville High School students entered the field of chemistry and went on to get PhDs in chemistry and medicine. Mr. Overway was a compassionate and articulate teacher and principal who always put the needs of students and staff first. 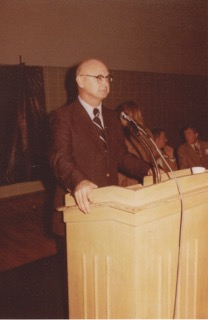