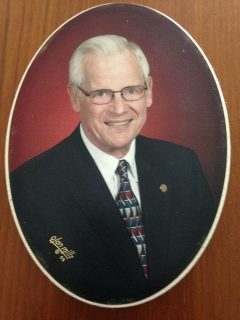 Harrison Visscher graduated from Hudsonville High School, Hope College, and University of Michigan Medical School. He interned at Saint Mary’s Hospital and became an officer in the US Army Medical Corps in Germany for three years. Dr. Visscher did his obstetrics and gynaecology residency at Northwestern University and then he and his brother Robert founded Grand Valley Gynecology at Blodgett Hospital in East Grand Rapids in 1961. After 20 years in private practice, Harrison served for 15 years as the Director of Education of the American College of Obstetricians and Gynecologists in Washington DC until his retirement in 1995. Dr. Visscher was active in the areas of women’s health, sports, Hope College, and the church. He received distinguished alumni awards from Hope College and Northwestern University, and many other awards for his outstanding leadership in medical education. Dr. Visscher and his wife, Bette, (Harry’s first wife passed away in 2000) were the first co-chairpersons of the Hope College Dimnent Heritage Society. He generously funded the Harrison and Mary Visscher Endowed Professorship in Genetics at Hope College. 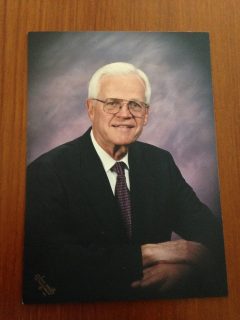 Robert Visscher lives with his wife Marge in Freedom Village in Holland. Dr. Visscher is a retired obstetrician-gynecologist and certified reproductive endocrinologist. Earning his BA degree from Hope College and MD degree from the University of Michigan, he interned at James Decker Munson Hospital in Traverse City and did his residency at the U.S. Naval Hospital in San Diego, CA. After spending seven years in the U.S. Navy as a Medical Officer, Dr. Visscher was in private practice for 28 years in Grand Rapids, including 20 years with his twin brother. During that time he was also a Clinical Professor at Michigan State University, Director of the OB-GYN Residency Program at Blodgett-St Mary’s Hospitals, and started the first community hospital In-Vitro Fertilization Program in the United States at Blodgett Hospital in 1982.

Dr. Visscher left private practice in 1991 to become the Medical Director and then the Executive Director of the American Society for Reproductive Medicine, which is the national representative and advocate for reproductive medicine in the United States. He has published 26 articles for professional and lay journals. After retiring in 1996, Dr. Visscher’s interests have been primarily in ethics associated with in-vitro fertilization and related technologies. He is the president of the Board of the National Fertility Support Center, which councils parents and promotes embryo donation of unused cryopreserved embryos to couples with unmet family needs. Dr. Visscher has received awards and honors from Blodgett Hospital, Spectrum Health, Hope College, University of Michigan, Northwestern University, and the American College of Obstetricians and Gynecologists. His non-professional activities include choir, deacon, elder and vice-president of different churches, and several state and national committees and boards.