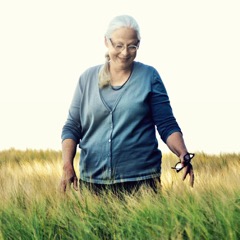 Esther Luttikhuizen attended the Hudsonville Public School system from kindergarten through graduation in 1969. Her interest in the visual arts emerged during high school. She attended Hope College where she majored in studio art and graduated in 1973. Moving to the East Coast after college, she established an active studio practice and began exhibiting and selling her art through the New York venue Julie Artisans Gallery.

In 1981 Luttikhuizen returned to the Midwest and settled in Grand Rapids. She immersed herself in the arts community as an active member of the Urban Institute for Contemporary Arts (UICA). In 1989, the Grand Rapids Art Museum presented Small Worlds, a solo exhibition of Luttikhuizen’s sculptures. This was an unusual honor for an artist still early in her career.

In 1991 Luttikhuizen moved to Seattle, WA and entered the MFA program at the University of Washington School of Art. After completing her degree, her professional life took a distinct turn in the direction of presenting rather than creating art. Luttikhuizen worked at the long-established Francine Seders Gallery, then in 1998 she founded Esther Claypool Gallery with partner Brad Claypool. Located in historic Pioneer Square, the gallery focused on mid-career, Pacific Northwest artists and earned a strong reputation for its progressive exhibitions.

After closing Esther Claypool Gallery in 2003, Luttikhuizen directed the art gallery at University of Puget Sound. As an independent curator, she juried art exhibitions across the state. 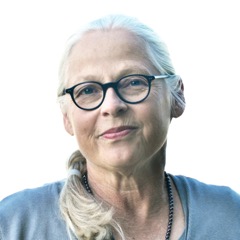 Public art is an important part of the Pacific Northwest’s built environment. Since the 1970s, a percent of the construction cost of new government buildings has been earmarked for the acquisition of site integrated or portable art for these public spaces. Between 2005 and 2015, Luttikhuizen worked in public art, first as a project manager for the Washington State Arts Commissions Art in Public Places program.

From 2008 through 2015, Luttikhuizen worked as curator for 4Culture, the entity managing the cultural affairs for King County. King County is the most populous county in Washington. Seattle is the country seat. She managed the care and rotation of the county’s massive art collection and ran Gallery4Culture, an exhibition space dedicated to emerging regional talent.

In late 2015, at 64, Esther retired from 4Culture and moved from Seattle to rural Skagit County. The mild climate of the Pacific Northwest has given birth to a new creative passion—gardening. Living on Samish Island, she works with native plants and trees in building healthy, sustainable landscapes.