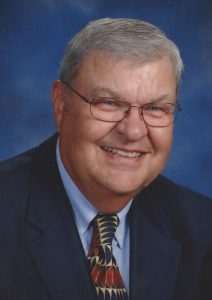 Dr. James (Jim) Serum graduated from Hudsonville High School in 1961. He received a B.A. in Chemistry from Hope College in 1965 and was awarded a Ph.D. in Chemistry from the University of Colorado in 1969. Following grad school, Jim was awarded the “King’s Lecturer” position in Ghent, Belgium, where he taught chemistry and conducted research.  Following a post-doctoral research position at Rice University, Jim joined the staff at Cornell University as Director of National Institutes of Health High Resolution Mass Spectrometry Laboratory, conducting research in environmental analysis and trace drug detection.

Jim joined Hewlett Packard Co. in 1973 where he pioneered the development of instrumentation for trace detection of compounds. As a result of his research in trace drug detection, Jim partnered with the Olympic Committee to test for drugs of abuse for the first time at the 1976 Olympics in Montreal. Jim participated in the development and commercialization of many new technologies while at Hewlett Packard, including DNA Array Chips now used for much of the genetic analysis throughout the world.

Throughout his career, Jim maintained a keen interest in science education with a specific interest in integrating laboratory experimentation with classroom learning. He is the co-author of several books and periodicals related to this topic and served for many years on the National Research Council’s Committee on Undergraduate Science Education (CUSE). In recognition of Jim’s long term commitment to science education, he was elected as a lifetime Associate of the National Academy of Sciences. 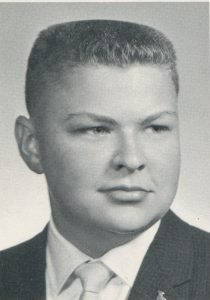 Jim was elected to serve on the Visiting Committee for the National Institute of Standards and Technology (NIST) and was elected as Chairperson. This national governmental organization conducts state of the art research and develops standards in a wide variety of fields including the world time standard, cyber-security, medicine, and building standards. During this time, Jim testified several times before Congressional subcommittees on the future of technology in the United States.

In 1999, Jim retired from Hewlett Packard and co-founded his own technology company, Viaken Systems, a bioinformatics company focused on accelerating the development of new healthcare drugs by better understanding the function of drugs in the human body. In 2002, Jim founded another consulting company, Scitek Ventures, to assist young companies to develop and commercialize advanced technologies in healthcare. Although Jim officially retired in 2012, he remains active in assisting young companies in the development of their technologies.

Jim is President Emeritus of the area’s United Way, is an Elder in the Presbyterian Church, and is the Founder and head of a mission group called First Crew which assists persons of need in both the local area and nationally.

While at Hudsonville High School, Jim developed an interest in art and photography and has continued those interests throughout his life.

Jim has been married for more than 51 years to Marilyn Hoffman Serum. They have three married daughters and eight grandchildren.