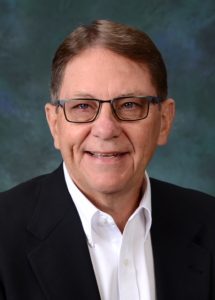 Larry Gemmen was born on January, 22, 1948, and moved to Hudsonville with his family at the age of five. Larry was enrolled in the Hudsonville Public School district and greatly enjoyed his time there, especially in the music program. In 1966, Larry graduated from Hudsonville High School and went on to attend Central Michigan University. Once there, he was able to participate in the music program and relished being a part of the CMU Marching Band.

Gemmen’s Home & Hardware was founded by Larry’s father, Al Gemmen, in 1955. Larry spent a lifetime being raised in the family business and made it official when he joined his father and partner, Mitch Newenhouse, in the hardware store in 1972. After settling in and beginning his career, Larry was blessed to marry his wife of now 45 years, Faye Dekker, in 1973. Faye was also born and raised in Hudsonville and grew up across the street from Larry when they were children.

Over the years, Larry and Faye continued to live in Hudsonville while growing not only their business, but also their family. After having two children, Sara and Andrew, their family has grown to include their son-in-law, David, daughter-in-law, Jennifer, and five grandchildren.

During his time at Gemmen’s Home & Hardware, the company underwent four expansions to continue serving the local community with all its home and hardware needs. As the business  grew, Gemmen’s was recognized for three consecutive years as the largest single location dealer in the nation within their co-op, the 3,700 member Do-it Best Corporation. In the year 2000, Larry’s son, Andrew, became the third generation to join the family business. 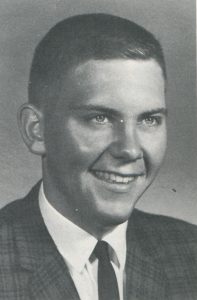 While running a business and raising a family, Larry also enjoyed many opportunities to serve his community. Larry served as a deacon and an elder within his local church, served on the board of the Hudsonville Chamber of Commerce and became a board member of the newly formed Hudsonville Downtown Authority. As a prominent member of the Do-it Best Corporation, Larry was asked to serve on an advisory council of thirteen leading dealers from around the nation. Larry continued his spirit of community service and went on to chair a term within the Hudsonville Economic Development Committee. When the Hudsonville Public School district founded the Hudsonville Education Foundation in 2003, Larry was asked to serve a term, which he happily accepted, and was a member of the first Development Committee. As a life-long lover of music, Larry was blessed to serve on the board of Hark UP Ministries and was instrumental in helping the ministry gain its footing.

Larry began his official retirement from Gemmen’s Home & Hardware in 2015, however, this did not mean an end to his servant’s heart. Larry has remained an active member of the Hudsonville community. Since retiring, Larry has enjoyed participating in the Hudsonville High School Advisory Interview Project for outgoing seniors. He also continues to serve a third term on the Hudsonville Downtown Development Authority. Both the DDA and Larry have played an essential role in the landscape beautification of the Chicago Drive Corridor as well as purchasing properties for redevelopment and completing the Harvey Street pedestrian walkway project. Larry currently serves on the board of the new Terra Square Advisory Committee and is a proud member of the Hudsonville Lions Club.

Having been blessed by the Hudsonville community for his lifetime, Larry feels very fortunate to be able to continue to give back to that community and hopes to continue to see it thrive and grow for many years to come.